Is It Too Early To Send Your Child To Infant Daycare?

Like most daycare centers, we welcome children as young as six weeks at Kid’s Kampus. And while it might be difficult for parents to say goodbye to their little one when they’re so young, we’ll let you in on a little secret: we love it! Such young children are an absolute joy, and we love taking care of these new little lives every weekday.

For many people, a child at six weeks might seem too young to head to daycare, and the obvious question “is that too young for a child to be put into daycare?” arises. While you might expect a daycare center to dismiss this idea out-of-hand, we will admit that it’s a very legitimate question. After all, deciding where to leave your child every day is a huge decision and one that shouldn’t be made lightly. When to take your child to daycare also shouldn’t be a rash decision.

You probably know that most young children thrive on consistency. They want to eat at a consistent time, take naps regularly, and have people in their lives that they know. While infants might not be able to express this directly, their moods often tell us that they’re craving these same things.

But children of all ages are also interested in variety, something new that will stimulate their senses. At Kid’s Kampus, infants are taken care of every day by our daycare staff and interact with a variety of adults. That means the infants will have more adult faces to study and different voices talking and singing to them. And speaking of singing…

They’ll Grow In A Christian Environment

As we’ve said, we love interacting with children. One of the ways we do this is by singing, and often the songs we sing will be biblically-based songs. When you bring your young one to Kid’s Kampus, they’ll grow up with these songs. By the time they age out of infant daycare at 18 months, we bet they’ll be singing them back to us (and you!). Of course, let’s not forget about the vocabulary they’ll be hearing every day. The words they hear will be words of love, about how God loves them.

Nannies Can Be Limiting

Nannies can be an alternative to taking a child to infant daycare, but they’re quite expensive. Yes, the child is getting one-on-one care, but the child is also dealing with only one adult during the entire workday. Many parents avoid nannies because they don’t want the child to come to think of the nanny as the mother, a fear of parents that comes true when the child starts calling the nanny “mommy.” And while nannies can arrange playdates with other kids, the child isn’t getting nearly as much time with other children as they will in a daycare environment. Remember, even babies are often coming in contact with each other. If they’re crawling at 8 months and walking at 12, then they’re certainly going to be interacting with other children in our Christian daycare center!

(Side Note: Yes, kids are going to get sick, whether it’s here, at the daycare center, or from the grocery cart. And that’s almost always a good thing, because sicknesses they get today build their immune systems and make them healthier later in life. Yes, it’s difficult to hear a child cough all night, but it makes them healthier in the future.)

Even if dropping your young child off for infant daycare wouldn’t be your first choice, doing your research on which early childhood education center to choose can do a lot to alleviate your anxiety. We’ll help you make the most of whatever situation you’re in.

Do Kids In Daycare Advance Faster?

We’d love to able to tell you “Kids who grow up in infant care all become Nobel Laureates,” or “Kids who start in infant care are the happiest kids in the world.” But, despite millions of kids in daycare, not enough studies have been done on whether or not it is beneficial. So while we can’t point to a definitive scientific study regarding the benefits of daycare, we can point you back up to the four previous points we’ve made the show just how important daycare can be to a young one!

Do You Need Christian Childcare?

Infant daycare isn’t right for every child, and we can’t deny that, in most cases, the parent is the best choice to take care of a little one. But that’s not what everyone needs, so if you believe infant daycare is right for your family, we’d love to be a part of taking care of your child — and teaching them — from six weeks all the way through preschool. We’ll help them with tummy time, gross motor skills, fine motor skills, and the rudiments of language. Not only will we care for them, but we can also help teach them some American Sign Language so that they can communicate even before they can talk!

To learn more about our infant care program, click here. Then give us a call to schedule a tour of one of our seven facilities in Burleson, Justin, Euless, or Colleyville. After seeing our early education center and meeting the caregivers, we’re sure you’ll choose Kid’s Kampus for your Christian daycare needs!

Give Your Child An Exceptional Faith-Based Early Education 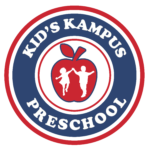